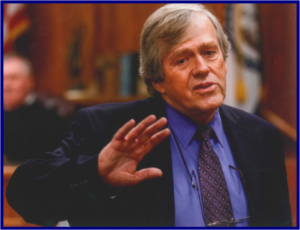 A 1984 graduate of the UMKC School of Law, Pat Berrigan is a lead trial counsel in the Missouri State Public Defender System, in an office devoted almost exclusively to the defense of indigent persons charged with capital murder. Pat has tried death penalty murder cases in state and federal courts in Missouri, Kansas, Iowa and Tennessee. He was also a civil trial lawyer for fourteen years in the Kansas City firm of Watson and Dameron, representing injured plaintiffs in personal injury and medical malpractice cases in Missouri and Kansas.

Pat was the first recipient of the Missouri Bar’s David J. Dixon Award for appellate advocacy and has argued in all three of the Missouri state appellate courts, as well as the Sixth, Eighth and Tenth Circuit Federal Courts of Appeals. He received the Atticus Finch Award from the Missouri Association of Criminal Defense Lawyers in 2001, and Pat graduated in the 1994 inaugural class of Gerry Spence’s Trial Lawyers’ College. He is an adjunct professor of trial advocacy at his alma mater and regularly gives CLE lectures in trial practice for the Missouri Bar.

Pat’s wife, Justine, has been a circuit judge in Jackson County for 25 years. They have three wonderful boys, Joe, Ed and John, and live in Kansas City.

“Having had the privilege of knowing and working with many of the past recipients of the Defender of Distinction, I am honored and humbled to be included in such company. Thank you so much,” commented Berrigan.