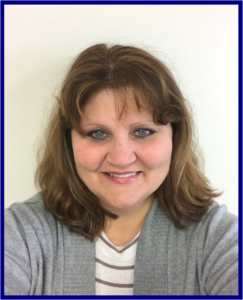 Kerina Ibarra was born and raised in Missouri and is a U.S. Army veteran. She is currently an assistant public defender with the Jackson trial office.

Kerina obtained her Bachelor’s degree in Business Management from Park University. She later obtained her JD from the University of North Dakota School of Law. After completing law school, Kerina attended the Sandra Day O’Connor College of Law at Arizona State University, where she obtained her LL.M., taking advantage of all the criminal law classes she could.

After graduating from Arizona State University, Kerina took a public defender position with the San Carlos Apache Tribes Public Defenders Officer in Arizona, she was later appointed Chief Public Defender. In her time on the reservation, she also had the pleasure of being an adjunct professor at the Apache College.

Kerina has now been with MSPD for a year, defending those within the 33rd Circuit Court.

In regards to receiving the 2019 Outstanding New Defender award, Kerina wants to share her favorite quote, “Fight for the things that you care about, but do it in a way that will lead others to join you. -Ruth Bader Ginsburg”