Jennifer Bukowsky, attorney and founder of Bukowsky Law Firm, LLC, has donated $300,000 to provide attorneys for the poor in Boone County. Bukowsky’s donation to Boone County will allow attorneys to be assigned in almost five hundred (500) pending criminal cases. The defendants in those cases have been found to be eligible for legal representation at the state’s expense, but placed on a waitlist by the Missouri State Public Defender (MSPD). MSPD, the state entity authorized to provide representation to the poor accused of state crimes, has been unable to provide attorneys for the defendants on waitlist cases because of a case overload.

Currently, there are over 650 cases pending on the Boone County waitlist and approximately 2,000 cases pending on waitlists in twenty-three other Missouri counties. Some defendants on the Boone County waitlist have waited for an attorney since June, 2018, some of whom have appeared in court unrepresented for bond hearings and status conferences. Bukowsky’s donation will allow the defendants to be assigned an attorney who will represent them in their criminal case. Bukowsky, a criminal defense attorney, has herself handled over 1,400 criminal cases in the course of her career, including as an Assistant Public Defender in the MSPD Columbia Trial Office.

MSPD Director, Mary Fox, expressed her gratitude for the donation. “This donation will provide these eligible applicants for legal services with the lawyer to which they are constitutionally entitled. I am grateful for this generous donation from Jennifer. As a former public defender Jennifer understands the importance of criminal defendants not only having an attorney, but having an attorney who has the necessary time to provide each client competent representation. This donation will assist these applicants, as well as the current clients of MSPD attorneys in Boone County.”

“This Court fervently desires defendants who are indigent and accused of a crime to be represented by counsel,” said 13TH Judicial Circuit Presiding Judge Kevin Crane. “Locally we have been trying alternative methods to ensure the defendants on the waitlist have access to an attorney. We are grateful for Ms. Bukowsky’s generous donation to pay for counsel for these defendants.”

November 12, 2020 (COLUMBIA, MO)  Provided is a link to the National Association for Public Defense (NAPD) Recommendations for the Biden Administration.  The Missouri State Public Defender system stands with NAPD and other defender communities in reforming the public defense systems throughout our country.

June 8, 2020 (COLUMBIA, MO)  The Missouri State Public Defender system stands with our greater defender communities and bar associations throughout the United States as the public defense community marches today in St. Louis and Kansas City for Black lives lost and against the deeply rooted inequities in the criminal legal system.  Systemic racism and police brutality have never had a place in any part of our society, including our criminal legal system.  And yet here we are again.  This cannot continue.  We watched in horror the killing of George Floyd, but the presence of a video should not be what changes us.

We condemn state sanctioned violence against the Black community and all communities of color. We believe, and always have believed, that Black Lives Matter.  We have and will work tirelessly to have our client’s voices heard, valued, respected and believed in Missouri Courts. We commit to do more. We commit to listen to people of color and believe their experiences. We commit to teach and learn about how racism impacts our community, our courts, and our profession and to take action against it.

Mr. Floyd’s death proves that we have much work to do as a nation, as a public defender agency, and individually to right the wrongs of 400 years of oppression of Black people in this country.  In this moment, we again hear you, stand with you, and join you and the rest of our country in this fight for equality and justice. 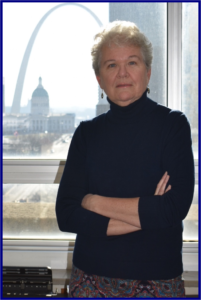 The Missouri Public Defender Commission has selected Mary Fox of St. Louis, Missouri, to serve as the next director of the Missouri State Public Defender System. Fox will take office on January 10, 2020, succeeding Michael Barrett, who resigned effective November 15, 2019, to relocate to New York. 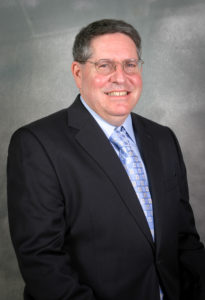 Mermelstein replaces former director Michael Barrett, who resigned to take a new job in New York. Mermelstein will serve until a permanent replacement is selected. As our nation is grappling with an alarming surge in antisemitism, it is more critical than ever for us to remember the lessons of the #Holocaust and pay tribute to its victims and survivors. On International #HolocaustRemembranceDay, MSPD joins with people around the world to commemorate the lives of Europe’s Jews, who were targeted for annihilation, and other victims of Nazi persecution. For more information as well as details about a live virtual event tonight, check out the United States Holocaust Memorial Museum's website: buff.ly/2RvBKbe ... See MoreSee Less
View on Facebook
· Share

Martin Luther King Jr. Day was signed into law on November 2nd, 1983. Today we honor the contributions, mission and legacy of Martin Luther King Jr. as we continue onward towards justice for the individuals and communities we serve.#MartinLutherKingJrDay #MLKDay2023 #publicdefender ... See MoreSee Less
View on Facebook
· Share