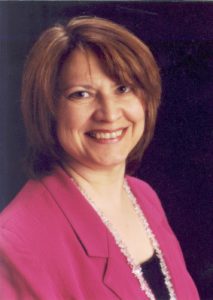 (COLUMBIA, MO)â€”Cathy (Cat) Kelly was the fourth attorney ever to serve as Missouriâ€™s State Public Defender and the only woman to fill that post. On Thursday, she turned over the reins to her successor, Michael Barrett. The director is appointed to a four-year-term by the Missouri Public Defender Commission and Kelly chose not to seek reappointment to a second term. Instead, she is retiring both from Public Defense and the practice of law.

A 1983 graduate of Washington University School of Law in St. Louis, Cat began her legal career in the St. Louis City Circuit Attorneyâ€™s Office, but says she quickly realized her heart lay more in fighting against, rather than on behalf of, the government. She joined the St. Louis City Public Defender office, eventually rising through the ranks to lead the office and then oversee several defender offices in the greater St. Louis area.

In 1995, she was named Director of Training for the state system, a post she held for 11 years. In 2006, then-Director J. Marty Robinson was deployed to Iraq. Kelly was promoted to Deputy Director and tagged to lead the system during his absence. Upon his return, she continued to work with the legislature, courts, and media, raising awareness of the state of Missouriâ€™s overloaded public defender system. When Robinson retired in 2011, Kelly was named to replace him.

â€œNot many people are blessed to spend 31 years in a career theyâ€™re passionate about,â€ says Kelly. â€œItâ€™s icing on the cake to leave knowing that the cause Iâ€™ve served so long is in very capable hands.â€