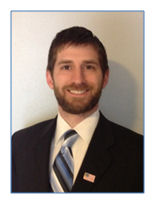 Crowell grew up in Harrisonville, Missouri.Â  He attended college at Truman State University in Kirksville, Missouri, where he received a B.S. in Political Science.Â  He then went on to law school at the University of Missouri-Kansas City, graduating in 2008.Â  While in law school, Crowell interned with the Harrisonville Public Defender Office and worked as a civil law clerk for Hazelton & Laner, LLP.

After law school, Crowell married his wife Sarah and moved to Rolla, where he was hired at the Public Defender Office.Â  He worked as an Assistant Public Defender for five years and assisted in managing the office as the Deputy District Defender for the last year and a half.Â  During this time, Crowell has represented clients in juvenile proceedings, misdemeanors and all types of felonies.Â  In addition, Crowell served on the RubinBrown Delphi Panel that helped develop national caseload standards for criminal defense attorneys.Â  Crowell was also recently elected to serve as the Phelps County Bar Associationâ€™s secretary and was appointed by the Honorable William Hickle to serve on the Criminal Law Committee for the 25th Judicial Circuit.Â  Crowell is also a council member for the City of Rolla.

â€œIt is an honor to be selected to lead the largest law firm in the community covering criminal cases in over six counties.Â  I look forward to ensuring that even the poorest among us have the best possible representation when faced with the loss of liberty,â€ said Crowell.

Crowell is the son of Donna Crowell of Harrisonville, Missouri, and Larry Crowell of Rolla, Missouri.