Michael Barrett to be the Next State Public Defender 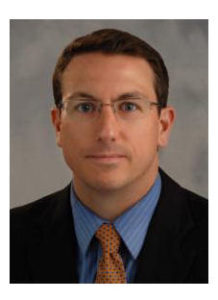 â€œMichael brings such a wide experience in criminal justice work to the table,â€ said Copeland. â€œWe are confident he will excel in this new position.â€

After work in counter drug operations with the FBI and as a Foreign Language Interrogator with the Department of Defense, Barrett began his legal career as an assistant public defender in Albany, New York. In 2005, he went to work for the New York State Assembly drafting criminal justice legislation, before accepting the position of Assistant Counsel to the New York State Commission on Sentencing Reform, where he conducted a comprehensive evaluation of New Yorkâ€™s sentencing laws and made recommendations for reform.

In 2008, he was tapped by the Governor of New York to serve on his Economic Recovery and Revitalization Cabinet and, the following year, was also given the role of Deputy Commissioner for Criminal Justice Programs. In those dual positions, Barrett oversaw the administration of $67 million in criminal justice stimulus funding aimed at improving public safety and the criminal justice system. Among other things, he developed policies and programs for juvenile justice reform and re-entry programs for offenders leaving incarceration.

In 2011, Barrett moved to Missouri with his wife, Sebrina, who now serves as the Executive Director of the Missouri Bar. Along the way, he swapped out one governorâ€™s office for another and joined the Office of Missouri Governor Jay Nixon as Deputy General Counsel. Barrett then returned to his public defender beginnings, accepting the position he currently holds as General Counsel to the Missouri Public Defender Commission.

“As a soldier I raised my right hand and swore to support and defend the Constitution of the United States and now, nearly twenty years later, I am blessed with the opportunity to lead a system of dedicated attorneys and support staff who work tirelessly to ensure that every Missourian, regardless of income, receives the benefit of those essential rights,” said Barrett.

Barrett will be sworn in to his new position by Chief Justice Mary Rhodes Russell on May 28, 2015.